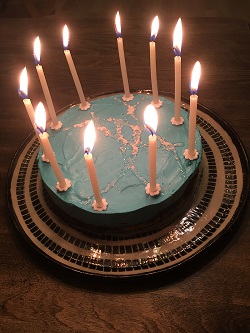 Helsinki Region Infoshare (HRI), the pioneering service that works to open the data owned by cities in the Helsinki Metropolitan Area for wider use, serves as an example of openness to public administration. HRI is celebrating its anniversary by finding out the most interesting application that utilises metropolitan area’s open data.

In 2011, the sharing of public data online openly and free of charge to anyone was an entirely new idea. At the time, HRI was Finland’s first online service to distribute public data accumulated with tax funds. It was also one of the first of its kind in the world. Later on, lessons and best practices learned through HRI have been shared domestically and internationally.

“In ten years, opening and releasing public data has become part of the day-to-day activities of cities in the metropolitan area,” says HRI’s Project Manager Hami Kekkonen, pleased with the development.

The HRI service contains data from all areas of life for all kinds of purposes ranging from playful recreation to thesis preparation, professional data analysis and business activities. Among the most popular and easily-approachable datasets have been the historical orthophotographs released by the cities, but the service also contains programming interfaces and 3D models that require more in-depth technical expertise.

The HRI service is especially popular among app developers and students

Application developers have been very enthusiastic in using the data opened up by the cities to create online and mobile applications. Researchers and students have also utilised the data in the hri.fi service actively.

“Maps and geographical datasets have been among the most used and requested data,” Hami Kekkonen describes.

In recent years, the versatile data provided by Helsinki Region Environmental Services (HSY) on Helsinki metropolitan postal code areas has been downloaded with the highest frequency. It is used for example by journalists to visualise statistical data on maps.

“We are looking forward to see what people come up with using the real-time swimming water temperature in Helsinki dataset, which we acknowledged as the best data opened in 2020.”

App developers appreciate especially application programming interfaces (APIs), which can be used to provide large volumes of data, sometimes even in real time. For example, Helsinki Regional Transport Authority HSL has done exemplary work in providing APIs. The open public transport data published by HSL is utilised by many third-party service providers, in addition to HSL itself.

Vote for the most interesting application!

Today HRI publishes a poll which aims to find the most interesting application that utilises metropolitan area’s open data. 16 different kinds of applications have been selected for the poll. They include an app that shows the locations of snowploughs on the map, a public transport route planner and an online service for learning about procurements and spending of cities.

Vote for the most interesting application: 10 years of HRI app competition. The page is only available in Finnish.