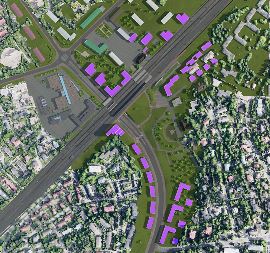 This showcase displays three separate 3D-city models of Oulunkylä's center. The purpose of these models is to kick-off a conversation about the future of Oulunkylä. How could the urban structure look like in 15 years?

You can investigate and comment these city models until the end of the year 2017. Think about the street layout, pathways, marketplace and views. The comments will be gathered and utilized later on in the city planning process. At the same time, the usefulness of these 3D-models in perceiving the future of Oulunkylä will be investigated.

The model has been developed by WSP Finland Oy and the City of Helsinki.